Designing your home with Vastu Vidya Housing Plans by techniques discovered hundreds of years ago and still working to make the world a better place for humans to live happily
When the construction of any house/building/interior are designed as per the principle of vastu, then it always shows good results and brings happiness and prosperity for the residents. By following specific vastu guidelines residents will always feel the presence positive energy in their home. In architecture of residential house plan vastu plays an important role. Now a days it is the deceiding factor for the placement of main features like kitchen, stairs, master bedroom, toilets & bathroom, Pooja place, sitting are, Water tank, Kids room etc. The science works on the basic principle that the earth or soil is actually alive, and that all living or organic creatures emerge directly from it. This life force with the earth is called Vastu, and all objects placed on it share this life force. 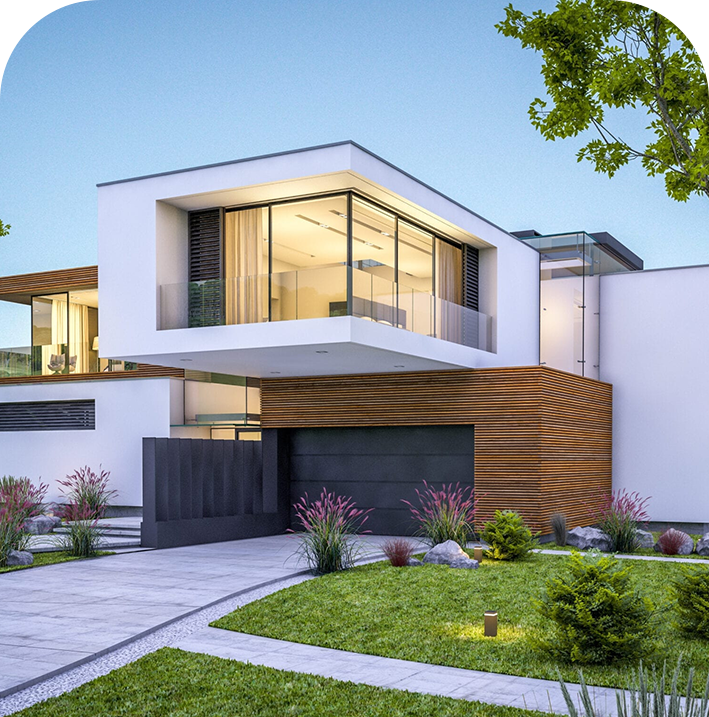 There are various features of Vastu:

It is Rational: Vastu is a systematic study of the impact of the rays of sun on the earth. The conditions caused by such an effect greatly influence the planning and construction of a house. Vastu reads the characteristics of houses and explains their influence on its residents in a scientific manner. It could be negative or positive.

It is Practicable: Vastu can actually be put into practice to result in happy, prosperous lives for the residents of a house. Those of you who want to construct a house simply need to observe the characteristics of an ideal house prescribed by Vastu. Its’ guidelines can be put to use for correcting flaws in already-built houses too.

It is Permanent: Vastu is based on properties of the earth that are permanent in nature, means does not change. Like the earth has been revolving around the sun for millions of years, and due to its magnetic properties a compass always points North. In the same manner, Vastu is a permanent feature of the earth and it effects therefore are forever.

It is Utilitarian: By creating comfort, ease in habitation and happier lives, Vastu has proven its role in adding value to society.

It is Universal: Although vastu has a very decent history. Our faith in Vastu is founded on the ties between the earth and the sun. Derived from such origins, Vastu and its influence on man cannot but be universal.

There are 8 directions that apply to every plot or a house:

Every direction has a distinct influence on the house. If they are all put to proper use (read as per Shastra), the 8 lords, the Ashta Devas will usher health and prosperity in the household.

General Vastu Guide lines: One can some follow some basic rules while finalizing the requirement of house design. Few simple rules in the placement and orientation of the elements of your house are below mentioned:

Windows: When it is not possible to have doors facing each other on opposite sides, provide for a window instead on one of the sides. This window can be at the center of the wall. Where the window is wider than the door, have them facing each other on opposite walls. The window can extend to either side along the wall length. Where there are two windows each on the four walls of a room, place them at either end of each wall face. For example, corresponding to Eastern Northeast is a window to Eastern Southeast, and so on. Wardrobes can be placed either in between or on both sides of the window on a wall.

Staircase: The design and location of a staircase in a house follows the functional requirements of its planning. There are however some points that you may do well to bear in mind. The internal staircase can be located in any room excepting the NE or SE one. Keep the Eastern wall free of the step line; maintain a gap of at least 3” between the two.

By direction, we mean the direction which the main door of the house faces. If not the main door, at least one other door should be in this direction. Pick your direction as per your birth star below :

Keep the direction of movement along the steps

Well: Take great care in sinking a well or bore well at site. The ideal place is the Northeast. It can be either square of round in shape below the ground, but above the ground keep it to a simple circle. Any corner in its profile may exercise a diagonal effect which is not a desirable feature. Do keep the floor level of the platform around the well to a lower elevation that the plinth of the house.

Hearth / Oven/ Gas Stove: The most ideal place for the hearth is the southeastern corner of the house. In no circumstance should the hearth be located in the northeast. Use the rooms in southeast and northwest for the kitchen, rather than those in the east, south, west or north directions. The reason is simple. You’ll have sunlight streaming into the kitchen morning and evening, keeping your kitchen free from odour and dampness. It also subdues harmful insects from entering the kitchen. The rays of the sun also help in preserving vegetables, cooked food and pickles. Truly, an instance of age-old wisdom founded on natural science.

Pooja Room: The sun is the soul and guiding figure of the practice of Vastu. One should pray therefore by facing West from the East, oriented in the resourceful direction of the Sun.

Bedrooms: The bedroom is the ‘Heart of the House’, the resting place for the body and mind, where we spend a good amount of time when at home. Southwest is the most beneficial of all the directions, the master bedroom should invariable be located in the southwest. It can be provided in the southeast, and northwest too.

Cupboards: When necessary to have cupboards in bedroom of hall, have them in eastern wall preferable. When they are a necessity on all sides of the room, leave the northeastern corner blank.

Bathrooms: Bathrooms are generally constructed either outside the house, as attached rooms to the bedrooms, or for common usage within the house. For bathrooms inside the house, eastern and northern rooms are the most ideal. Attached bathrooms can be towards –

Toilet and septic tank: The septic tank can be sunk in the east or north; avoid having it in any other direction. The direction of the WC should invariably be to the north or the south; and never to the east or west.

Vastu segment plots into different types of grades to represent Excellent, Good, Average and Bad plot. There are four grades in a Vastu plot according to which every site is addressed:

Grade A plot: Excellent
‘A’ grade plot is also called excellent plot which conforms entirely with Vastu norms while minor Vastu defect or dosh is negligible. Excellent plot is said to have everything on its place and in right direction.

Grade B plot: Good
‘B’ grade plot is said to be constructed with some flaws but more with Vastu norms and some defects can be ignored while others can be rectified.

Grade C plot: Average
‘C’ grade plot is also named as Average because in this type of plot there are some Vastu defects in terms of location and placement of different section of house in wrong direction.

Grade D plot: Bad
D grade plot is considered as worst plot according to Vastu and must be given Vastu treatment by rectifying the defects as soon as they are determined

Slopes are significant & integral part of a plot and need proper consideration during the selection of Vastu plot. Vastu recommends building right slopes in correct direction for the benefit and justice in terms of riches, happiness and good health. Some slopes built in wrong direction where there should be equal level can be harmful for occupants and need to be corrected immediately after determination. Home directional slopes affect health, success and achievements of occupants which is why it becomes all the more important to construct slopes with Vastu principles.